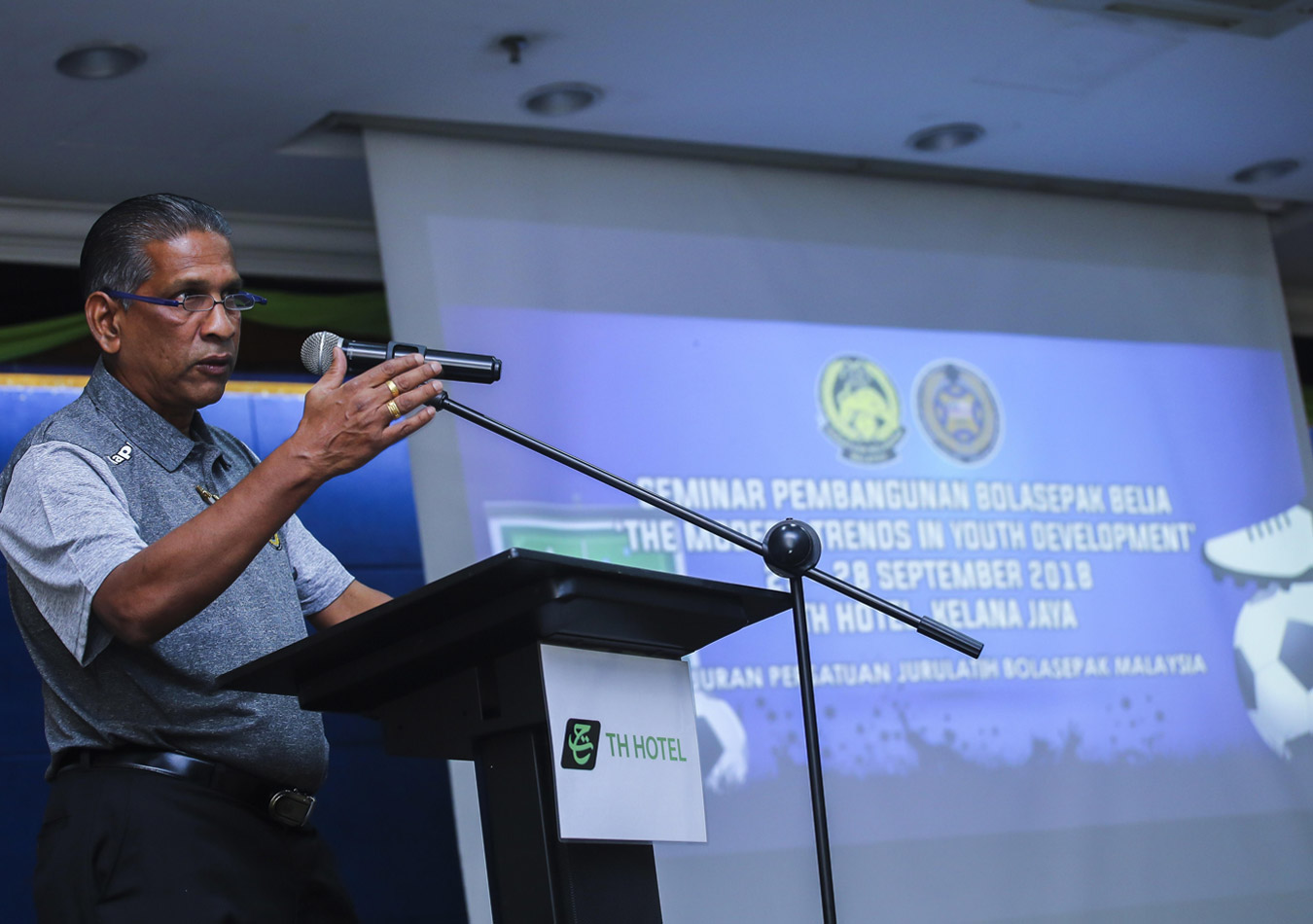 PJBM responsibilities are to protect and defend the rights of the Malaysian football coaches. PJBM also always looking forward to develop new coaches and improve the performance of the coaches by conducting several programs such as seminar, symposium, coaching course and refresher course.

The total number of PJBM members for now is around 700 people including allied members.

To become a competitive, creative and innovative association.

To make an association that creates qualified and excellent coaches that can assists in the development of Malaysian football.

Helping the coaches to improve themselves in the field of coaching and to create a direction for the coaches with integrity and dynamic.

To create coaches with good vision and great identity together with consistency.